I’m great at remaking myself. I’ve been a pro-volleyball player, a serial entrepreneur, a stay-at-home mom. I’ve modeled nude and I’ve stood as a spokesperson for education reform.

The hardest part about being able to remake myself so often is that I’m never sure who I am.

The other day my son said, “Mom, what’s your name right now?”

I said “Penelope”. I knew that was the right answer, because everyone in my life calls me Penelope. But it’s not my legal name. Adrienne is still my legal name. So sometimes, I get into trouble, and he sees it. Like the time we checked into a hotel and I had no ID for the name Penelope so I told the hotel clerk to look me up on Wikipedia. My son stood next to me the whole time, ostensibly eating free snacks in the lobby, but clearly the scene made an impression. (At airport  check-in he said, “Mom! Let’s use your Wikipedia page to go to the front of the line!”) END_OF_DOCUMENT_TOKEN_TO_BE_REPLACED I am sleeping in the downstairs bedroom. Alone. Or sometimes with the dog.

Which means I need to tell you that I wish I cared more that I’m not talking to the Farmer.

I hate that I have stories I don’t want to tell. Because I have found that almost always, the secrets we keep matter a lot to us, but they don’t matter to other people.

For example, I emailed to Melissa one day. “I have a secret: I drank wine at breakfast today and I haven’t stopped.”

I thought Melissa would email back that I’m an idiot and I’ll be in rehab.

But she emailed back, “I forgot to get a refill for Lexapro and today is the first time in a year that I’ve initiated sex.” END_OF_DOCUMENT_TOKEN_TO_BE_REPLACED The research about inspiration is, generally, that it improves our wellbeing but we cannot control when it comes to us. That said, opening ourselves to new experiences makes inspiration more likely. And surrounding ourselves with inspired people makes us more likely to feel inspired ourselves.

We constantly look for work that inspires us, but I have found in my career that often the jobs that were most inspiring to me were not necessarily at companies doing inspiring work. One example of this is a job I had at CyberMedia. END_OF_DOCUMENT_TOKEN_TO_BE_REPLACED The big news is that we have enough data to show that the majority of women buying Fifty Shades of Gray are in their 20s and 30s living in urban areas, according to the publisher’s data, and the Atlantic. To be clear, these women are incredibly powerful. In urban areas, more women than men graduate college, women out earn men in their 20s, and we are almost to the point where women in their 30s are outnumbering men as breadwinners. Which means that it is the women who have tons of power who are also having tons of rape fantasies. END_OF_DOCUMENT_TOKEN_TO_BE_REPLACED I’ve heard those things so many times. From parents who are getting a divorce who are full of shit. END_OF_DOCUMENT_TOKEN_TO_BE_REPLACED Last fall I took my kids to Hermosa Beach. It was a big moment for me because the whole time I was playing professional volleyball, in my 20s, I dreamed I would have a family and live in Hermosa.

It’s a great beach town with top-notch volleyball. There’s proximity to good career opportunities in the LA area, and a culture of kids growing up with sand in their hair. The day we arrived I realized that it might be really hard to leave. I worried that maybe I’d never go back to the farm. And the more the kids loved the water, the more closely I looked at For Rent signs. I thought maybe I could split my time between the beach and the farm. But then something happened. We didn’t miss only The Farmer (who doesn’t like to leave the Farm). We missed the animals, and the feeling of being in a cozy warm house surrounded by snow. 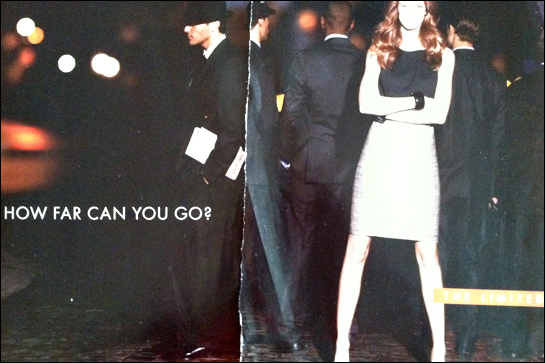 In therapy lately I am learning to identify my feelings. Maybe you’re thinking this is elementary, but did you know that envy is about wanting something you don’t have, but jealousy is the fear of losing something you already have?

I am thinking about those two things. I am almost never envious, but I am often jealous. Most of my emotions, in fact, are rooted in fear.

I am thinking a lot lately about where my joy comes from, and one thing I love is writing well. When I have a blog post that people love I am happy for weeks. And the excitement of doing good creative work gives me energy to do more. END_OF_DOCUMENT_TOKEN_TO_BE_REPLACED

I have never been great at picking my own clothes. I’m great at interior design, but I have a blind spot for clothes. So I email Melissa photos of my outfits, and she uses her photographic memory of my closet to edit my outfits.

When I sent her this photo, she said: “What is this?” I only wanted her opinion about the color of the shirt, so I thought it was okay that it was blurry. But the more I look at the picture, the more I think that it’s how I feel about myself right now.

I am not quite sure who I am, right now. And given the current career climate, this is actually how most people see themselves, too—blurry from constant movement, settled on the basics, but unclear on the specifics.

And then I read an article in Fast Company this month titled Generation Flux. The article is about how careers are constantly moving and our identity is therefore moving as well.

So I am focused on how to make myself more clear about what I look like. At least right now. And here are things I think we each need to do to pin down our moving-target, career-jumping selves. END_OF_DOCUMENT_TOKEN_TO_BE_REPLACED Somehow, last year, I got too big-picture. It’s not surprising since I’m an ENTJ. I understand my deficit, which is one reason I picked the Farmer, an ISTP-—extremely short-term thinking.

At the end of the day, the Farmer walks in the house and talks about his day’s accomplishments, and the weather. I used to tell him that the weather is such a stupid topic that it actually makes me uncomfortable to have him bring it up. But now I realize that the weather is a segue to talking about what is happening right now. And that’s something I need to get better at.

1. Pay attention to the short term.
So my first resolution is to be more excited with what’s going on in my life in the near-term.

On January 1st the Farmer separated from his parents’ farm, and he has pigs are at our farm now. (I am saying our farm now. It shows us being a team more. It’s hard to write, but I guess this is a sub-resolution within the resolution: Think like a team.) He used to make the pigs have babies in crates, at his parent’s farm. The birthing process was confinement—the moms couldn’t move so they couldn’t roll onto the babies. Now he is letting the pigs breed while they wallow in grassy mud, and he’s letting the moms have babies wherever they choose in a barn full of soft hay bedding. The pig will roll on some of the babies probably, but probably that’s why pigs have big litters.

END_OF_DOCUMENT_TOKEN_TO_BE_REPLACED 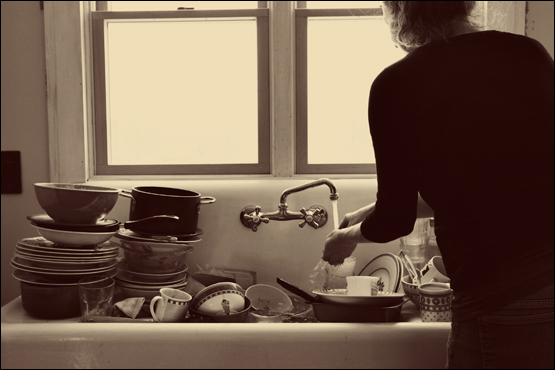 This is the big test. Right here. This is the test to see if you will stick with me even when you know everything. There is lameness about me. Not the lameness commenters point out. Not like, I don’t know anything about graduate school. Or I’m not fair to David Dellifield. No. It’s more fundamental than that.

I want you to recall that when I was growing up, the police came to our house pretty frequently. (And, in fact, to our hotel rooms. And you might be interested to know that when rich people trash a hotel room they do not get thrown out of the hotel. But rather, the kids get their own hotel room.) Every time, my dad would tell them that I was fine, that it was only a spanking, that I was exaggerating. He would tell them I have a behavioral problem. END_OF_DOCUMENT_TOKEN_TO_BE_REPLACED