Then we went to the ocean. I taught them about the undertow, and the way the water rises when a wave comes. And I told them that one kid dies every day in the dangers of the ocean. I made up the statistic, but I think it must be true, in some way. 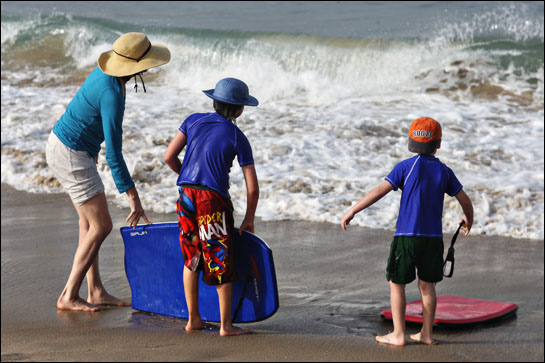 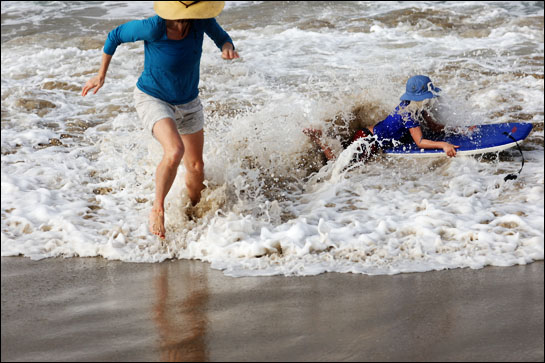 When people talk about their job, they are really talking about their learning. When we say, “What do you do?” we really mean what do you learn? Because that’s what makes a person interesting – what they are learning. No one wants to answer the question what do you do if they have a job where they are not learning. That’s how you know it’s the learning that matters.

I’ve noticed that when I coach people, they are really looking for a job that will allow them to learn in the area they are most suited to learn. So, for example, an ENTJ (me) learns best while leading people. And an INFP learns best by talking one-on-one to other people. An ISTP (the Farmer) learns best using their hands. (Wondering what your personality type is? Take this free test (now defunct – but hopefully not for long).

I’m also fascinated by the impact our surroundings have on our ability to learn. So often people blame their surroundings for the fact that they are not learning, and in this case, I think the calm, peaceful surroundings made us our best learning selves. That night, Melissa edited photos, and I sorted links to research I like, and the boys read themselves to sleep, sand still spilling from their hair. The next morning, the kids took ownership of the vacation. I thought we should go back to the beach. “We are never at the beach,” I told the kids. But my youngest son noticed the bike rental place next door to the hotel. There is such great research about how if you leave kids alone, they will learn what is best for them to learn right at that moment. And I realized, I was seeing that research in action, right now, so I gave up on my idea of going to the beach.

We moved to the farm at the time in my son’s life when he would have learned to ride a two-wheeler. But we have no roads to ride on at the farm. So he learned on the boardwalk in front of our hotel. It was amazing to watch him get back up on the bike, over and over again. It was also amazing to watch people watch him. People passing said, “Pedal! Pedal! That’s it!” And when he gathered some speed, people clapped and cheered. You were born knowing what you’d like to learn at any given moment. When you get stuck, it’s the shoulds that hold you back — what you should be when you grow up, what you should earn, what potential you should fill — all the shoulds get in the way of you being who you really are.

We are all bike riders falling 100 times in a day.