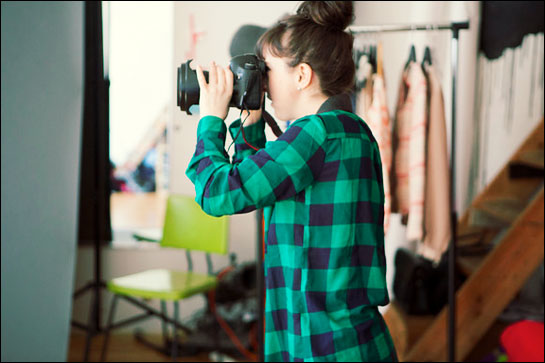 Here’s the summary of Melissa’s love life in twitter-short snippets.

But she needed someone to carry the big pieces of furniture out. So she asked his best friend to do the heavy lifting and when they got the sofa to her new apartment, they put it in the corner and made out on it.

I did not like this latest boyfriend. Though I tried to like him because I know that’s what good friends do when their friend is in a serious relationship. I told myself he’s a good guy. But then I’d realize that he’s more a good guy for someone who is not Melissa.

The details of how she finally saw that he was better for someone else are these: He is an ISTJ, so his interests are narrow, covering only those things he is an expert in. Melissa and I are interested in everything. We will make judgments based on nothing—we don’t care—we will still think we are right.

Melissa’s employee Dana should marry the ISTJ. Dana is an ENFJ and she needs someone who will make money so she can focus on being a great caretaker, and the ISTJ needs a good caretaker, and Melissa is a lot of things, but not that.

So Melissa dumped the ISTJ. And now she is worried that you will all think she’s a loser.

I told her she would look like a loser if everyone thought her life was perfect. Anyone can look pathetic and insecure trying to convey a perfect life. The rules of managing your personal brand are deeper than just be perfect and funny, which is why Melissa is so likable online.

Rule 1: The most attractive attribute of a personal brand is self-knowledge. So get some.

While she was breaking up with the ISTJ, Melissa decided she wants kids.

Melissa has been absolutely 100% against having kids for the last ten years. She’d send me articles and tell me to write about them, but here’s what I know about women who choose not to have kids:

I’m stopping here but I could go on and on (and I’m sure I’ll argue with you in the comments) because what I want to say is that I always knew Melissa would want kids, eventually.

But Melissa deciding to want kids now is an emergency because Melissa is 30. And by now most of you know my mathematical thinking about babies. Her clock is ticking and men don’t like dating women with biological clocks that are ready to explode. It’s too much pressure—no wonder OK Cupid found that men want to date women who are 28.

Rule 2: Be strategic. It’s your life so don’t let it just happen.

I wanted to make a plan—a list of the attributes Melissa is looking for—which means we need a picture of the life she is trying to get.

Melissa resisted. She consulted the (mysteriously very talkative) INTJ group that goes along with the INTJ course. The group is extremely active (probably because INTJs think everyone is stupid except INTJs and they rarely find other INTJs). So of course they said I’m approaching dating like an ENTJ. “ENTJs are too goal-oriented,” they said.

Melissa wouldn’t tell me. But I was like, I don’t even care. Don’t call me with reports for any of your dates because it’s stupid. How do we know if they are good or bad dates if we don’t even know the KPIs?

We didn’t talk for a week while, presumably, she went on a million dates. Or emailed with a million people. I don’t even know what she was doing. But she called.

She found the guy.

I told her I had to go to the gym.

Rule 3: Surround yourself with people who make you better.

She made me talk to her at the gym.

He is an ENTP. Melissa brings this up early in our conversation because she knows a good way to keep me in the game is to tell me a personality type.

I am happy. Our favorite course was the one for ENTPs. They are fun and will talk about anything.

The good-friend worry I should have for her is about how ENTPs have a hard time working for people. But this guy somehow affords a three-bedroom apartment in San Francisco. So it’s a non-issue.

He is not Jewish but he has so many Jewish friends that he’s able to make references that Melissa—the most secular Jew in the world—does not understand. So she found a non-Jew more Jewish than her.

Melissa likes him so much that instead of doing incompetent, Asperger dating, she is calling neuro-typical friends to find out how to follow dating rules that regular people know instinctively.

She does not like the rules and largely ignores them, but she’s trying. That’s how I know he’s important to her.

Rule 4: Fail in public. A lot. That makes you real.

He’s so important that she wants to edit this post about her finding him. She never cared enough to ask to edit other posts.

I tell her forget it.

I tell her she is lovable because she is vulnerable in public, and she keeps trying over and over again. People don’t want to be close to people who live in a perfect dreamland.

There are all these people writing about how they are not doing Instagram any more because it’s fake. Doing all the beautiful pictures makes them do fake things.

But why? You can be engaging and beautiful and yet still focus on the terribleness of life. Dorothea Lange. Walker Evans. People like grit. People like being scared for the subject. Even Georgia O’Keeffe had to paint flowers that made you scared they were about to have their period.

Rule 5: Let yourself grow and change—be a hypocrite.

So this post is Melissa’s gorgeous life. It’s also Melissa’s brave life. She always thinks she’s going to get married with each new guy. But so far, she hasn’t. She was militant about not having children and now she’s not. And she was dying to grow her recruiting business and now she only wants to start a family.

We all change our minds. We all grow. The brand we should show online, where prospective mates can see, is of someone willing to change and grow and contradict ourselves. That’s the life worth living, a lifetime of learning and growth.

Resolution for 2016 Online course: How to get a job at a startup
Scroll to top