This course includes four days of video sessions and email-based course materials. You can purchase this course for anytime, on-demand access. The cost is $195.  Sign up now!

I remember the shock of finding out I was an ENTJ. It’s so embarrassing to find out that all you care about is power. Well, power and money, because money is the measure of power. Well, and also with control, the more control I have over things I can build my power base with, and keep the money flowing. END_OF_DOCUMENT_TOKEN_TO_BE_REPLACED 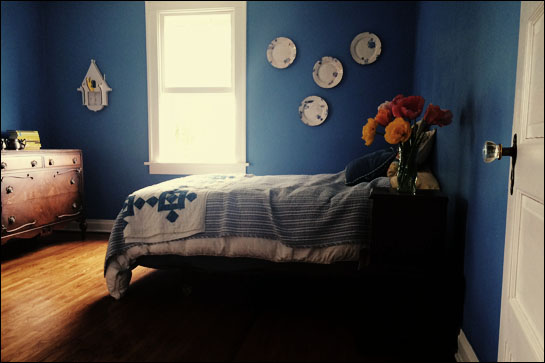 As someone who compulsively throws stuff out, I was thrilled to hear that the bestselling book worldwide right now is about throwing stuff out: The Life-Changing Magic of Tidying Up, by Marie Kondo. END_OF_DOCUMENT_TOKEN_TO_BE_REPLACED You should set goals because striving to meet a goal makes you happier. This is because a goal gives us structure and purpose, but also once you set a goal, your brain feels like you have already attained that goal. (This explains the euphoria we feel when we decide to “start a diet.”) END_OF_DOCUMENT_TOKEN_TO_BE_REPLACED The pressure is mounting for the New Year’s resolutions posts. First is the flurry of pitches from public relations firms that want to get their clients into the press. “Resolve to clean your house more thoroughly!”

Then come the academics weighing in with their research about how resolutions take willpower and how we only have a finite amount. Or how we need to make goals for ourselves that increase happiness. Or whatever will stick in mainstream media so the professors can get six-figure book deals for their research. END_OF_DOCUMENT_TOKEN_TO_BE_REPLACED The people who look like they have everything they want are actually the people who are most clear on what they are willing to give up. Do you ever feel sad that you have never visited the moon? Probably not. Because you just accept that you will not be doing that in your lifetime. We inadvertently start to think of other, less far-out things this way in an effort to make ourselves feel like we are living our best life.  END_OF_DOCUMENT_TOKEN_TO_BE_REPLACED When I was trying to get on the national volleyball tour, that was the only thing I was focused on. So eventually, I played professional beach volleyball. When I was trying to get my memoir published, I was focused on that more than anything else, and eventually, University of Colorado Press came through. And when I was running my last startup, I was always focused on funding. That’s why my company never failed. END_OF_DOCUMENT_TOKEN_TO_BE_REPLACED I have never filed my taxes on time. Ever. It’s very annoying when people blame every little thing on their parents, so I’m not going to tell you that year after year my mom would let my dad do their taxes, my dad would wait until the last minute, and then he’d ask my mom to sign at 11:45 pm so he could drive to the post office and get it postmarked and she would say she has to read it and he would throw a fit. Then the police would come and stop the fight. END_OF_DOCUMENT_TOKEN_TO_BE_REPLACED Each of us is only as effective as the questions we ask. So understanding the process of asking good questions is essential to our success.

1. Ask questions about what you care about.
A great example of the importance of questions is the  Justice Assistance Grant which gives states $400 million to fight crime. The JAG board asks for data  on how many arrests were made and how much property was seized  – questions that inadvertently encourage states to add to unacceptable rates of incarceration in the US. END_OF_DOCUMENT_TOKEN_TO_BE_REPLACED I try to never do New Year’s resolutions. Statistically speaking they’re the path to failure. If you are committed to doing something big, you’ll do it now.  Also, in December people have a sense that time is running out, so they do things carefully and methodically. In January people have a sense that it’s a new year and there are twelve fresh months and I think that leads to delusional BS about how much we can get done.

END_OF_DOCUMENT_TOKEN_TO_BE_REPLACED The reason I have time to write this blog post is that I had sex with my husband last night. Choosing writing rather than sex is a calculated risk for me, because it’s really me saying that I don’t want to pay attention to him that night. I did that a lot in my first marriage, and I’m pretty sure that contributed to my divorce.

In the beginning of my first marriage, we had sex a lot. Then I had a baby, and I breastfed, and really, the last thing I wanted in a day filled with twelve feedings was to having someone else touching my body. So I just said no. And he said okay. That was it. During the last six years of our marriage, we had sex twice: once to conceive when I miscarried, and once to conceive when I had my second son.

Later, my ex-husband would tell me he thought my second son was not his. I understand why he would think that. My ex and I have stunningly terrible social skills, awkward everywhere, but our second son is the life of every party. Everyone loves him. But the idea of me having sex with someone else while I was married to my husband and had a two-year-0ld and a job is laughable. I had absolutely no time for anything, let alone finding someone to cheat with. END_OF_DOCUMENT_TOKEN_TO_BE_REPLACED