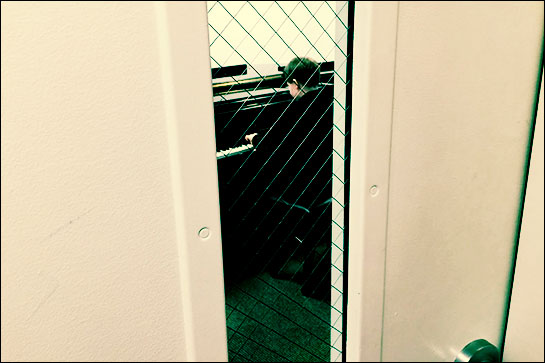 Recently I wrote about how most women over 40 working full-time in an office have Aspergers. One of the comments on that post was from Marcy. She wrote:

You left out one or two categories of women still working: those who have ADHD/are easily bored (me), and those who have much older spouses on Medicare so must work for benefits for herself and the kiddos (also me). I stayed home for a year but was bored silly so went back to work but have changed jobs, on average, every 2.25 years…also because boredom. And my husband is 18 years older and can no longer offer us medical benefits. Oh and I’m INFJ.

Here is my reply to Marcy, which I think will actually help a lot of people.

Marcy, you have Aspergers. Here’s why:

Women with ADHD probably all have Aspergers. ADHD is on the Autism Spectrum. The reason so many women are diagnosed with ADHD instead of Autism is that mental health professionals don’t know what Autism looks like in women. The mental health community has been diagnosing ADHD in women for a long time. The same thing with OCD. Or eating disorders. So those are the diagnoses people feel comfortable handing out to women.

We know that most women who have these disorders are on the Autism spectrum. And I have never met a woman with ADHD, OCD, or an eating disorder who did not also have a bunch of other symptoms pointing to Aspergers.

“Kids are boring” is an Aspergers thing. Once you reach age 40, only women with Aspergers say, “I work because I’d be so bored at home.” People with Aspergers use “bored” to describe most negative emotions. But taking care of children is disruptive, annoying, unpredictable, out of control, and emotionally demanding. Who could call that boring? Only someone who has a limited ability to describe negative feelings, which is what Aspergers is.

Moreover, by age 40, most people realize that staying home with kids is not something we do because it’s scintillating. Parents who stay home do it for the emotional connection and emotional fulfillment. People with Aspergers don’t have conversations about emotions, people with Aspergers have conversations about logic. So, logically, there is no reason to stay home with kids.

For the curious: Neurotypical women who work instead of taking care of kids say they work because they are driven to do XX and that’s what they’re doing at work. So you can think of it as neurotypical women working past 40 are internally driven TOWARD accomplishing something big. Women with Aspergers over 40 are driven to GET AWAY from what they don’t like doing. The difference between these women is really easy to spot.

Attracting people outside your own age group is an Asperger’s trait. Women who marry men who are not similar in age typically have Aspergers. Remember, the way to peg Aspergers is to look at what most women do. Aspergers is being a-typical for your gender. So you could talk about if it’s good or bad to hang out with people who aren’t your age. Or is society good or bad, but whatever. Neurotypical women don’t do it.

People with Aspergers have a hard time relating to other people. Women mask this problem with many tricks. One trick is becoming friends with someone who is not close in age and/or at a different stage in her life. This way the woman does not look that weird. Having friends who are not at all similar to one’s own age is such a ubiquitous trait among school-aged girls who have Aspergers that it’s frequently listed as a way to identify girls who should be tested.

In terms of marriage, if the woman with Aspergers is marrying someone a lot older than she is, it’s a treat because older men love younger women. And if the man is a lot younger than the woman it’s because that man does not have a frame of reference for how a typical women that age would be, so she looks more normal.

What I’m hoping people see from this response is how common it is for women who have ABSOLUTELY NO IDEA they have Aspergers to be dead ringers for Aspergers. I think all day long, how can I locate more of these women? How can I help them know? Because women who discover later in life that they have Aspergers are so relieved to finally be able to make sense of their life.

Women with Aspergers are pretty terrible mothers. Because we are so good at using logic to tell ourselves that what we are doing with our kids is OK even though we are doing it for our own benefit and not for the kids’ benefit.

Most women parent by looking at what other women do. But women with Aspergers don’t see what other women are doing. So we become parenting outliers and the kids suffer. I am including myself here. I catalogue my terrible judgment on this blog. And hopefully we all learn from it. The picture up top illustrates a nagging feeling I have that when I try to see my kids I really only see a small bit of them.

I spend a lot of time reading diatribes against narcissistic mothers. Almost all of them are classic examples of mothers with Aspergers. (A good way to tell Aspergers vs narcissism is that people with Aspergers don’t want to meet new people and narcissist like meeting new people.) I get sad thinking about Aspergers mothers being labeled narcissists because women with Aspergers would be horrified to hear that they are being lousy parents.