What I’ve learned from selling stuff on this blog is that I don’t like to do it. It’s hard to tell you I’m hating myself and then tell you, “Buy my course about happiness!”

So, I’ve decided to change my business model. Except that I don’t actually have a new business model yet. And while I’m looking for one I’m  missing monthly payments on a new cello.

But now I feel more free to write, and there is so much to tell you.

I miss the farmer so much. I would go back to him in a second if I didn’t have kids. But I can’t let the kids see me like this. A friend told me her daughter has no respect for her. I asked why. And she said, “Because she watched me put up with way too much from my husband.”

I thought I only missed the farm. But I miss everything. I go on Google Maps to look at the farm. I can’t wait till the picture updates. I think about when the Farmer’s parents will die. Then he will not have to please his mom and he can be with me. I won’t do that. But I still think about it all the time.

We have mice in our apartment. It was cute at first. We knew the mouse. He had his patterns and favorite spots. Now there are a lot more mice. I keep telling myself the more mice we have the more my son’s college application will stand out. But I can see I’ve gone too far in my efforts to keep our fixed expenses low.

I’ve been trying harder to fit in with other moms. For my whole life I’ve told myself no one notices anything and no one reads what I write. But now I see that it’s just me who notices nothing and doesn’t read what I write.

I had to start reading what I write because my editor quit. He didn’t tell me he quit. He just disappeared. I think it’s because I have a blog that says you should never divorce and we don’t need teachers, and he just divorced his wife and got remarried to a teacher.

Melissa started editing. But when Melissa is my editor I feel like she’s not my friend and I had already lost my editor and the farmer and the farm. Melissa is my oldest friend so I have to keep her. I used to have friends who were older. From high school. One never spoke to me again after I wrote about her. And the other two never spoke to me after I said zero tolerance for domestic violence is wrong.

I have a new friend, Lauren, who is a comforting type. She has a husband, Michael, who may or may not want his name on this blog. Sometimes I want to be married to Michael, but he is almost the same as me, so really I should marry Lauren. But Michael got her. Lauren and Michael have a grown-up kid who I coach sometimes, but only when he’s desperate because he hates everything I tell him.

There is so much more I want to tell you. I went to a domestic violence shelter. I didn’t need shelter, like a place to live. I needed shelter from messed up ideas of how people should treat each other. I learned a lot about boundaries. And I am figuring out how to have good boundaries with everyone – except you.

So, things are going to be different around here.

New Editor
I have a new editor. Molly. Because Melissa has a full-time job being my best friend. Molly is someone I coached. She wrote to me and told me she wanted to edit. I said OK because I thought I remembered her.

I didn’t remember her correctly. She is 38 years old. She has no kids because she doesn’t want them to mess up her life. She has a career she doesn’t care that much about. She’s been reading my blog for a very long time. I feel like it says so much about her that she lives a life I would never condone but she still likes reading my blog.

New Email List
I have been sending out emails about individual personality types for a long time. Most of you don’t receive those emails. If you want to receive emails about your type, send me an email with your type in the subject and I’ll put you on the list. When there’s a new course on how to become a freelance writer, or maybe when I have free trips to Club Med to dole out, I’ll announce it on that list.

And since the lists are organized by type you will not get a trip to Club Med if you are an NT, and you will not get a freelance writing career if you are an SP. Not many SPs read this blog. But you might have a spouse who is an SP, so you could sign up to be on that list as well. But you’ll need to submit two different email addresses, one for each list.

New Bravery
I have been timid here. Young cellists perform with boundless gusto, but then they get older and they start to become self-conscious. For most of my life I have been that bold little kid. But recently I’ve become the self-conscious teenager. I’ve felt so fragile, like any misstep will ruin me.

But now I realize that what’s most ruinous is no missteps at all. 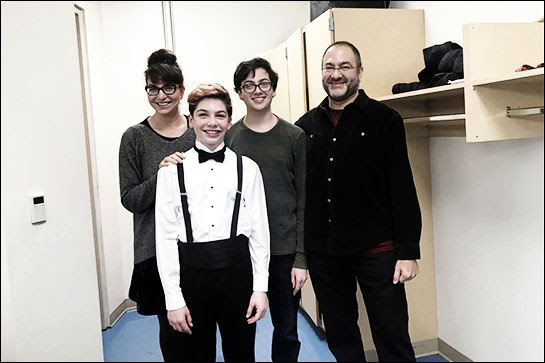