I told Melissa that black and white photos look stupid on my blog.

Did you know Melissa edits my photos? It started out that she lived with me, and she took all the photos. Her photos are gorgeous. When she moved out of my house I knew I couldn’t take pictures as well as she did, so I asked James Maher to take photos. He brought a gritty street photographer’s eye to the blog.

James specializes in street photography. He cross-trains by taking pictures of me and my kids. He makes us look much more gritty and edgy than I feel. (Actually I feel gritty but not like art-project so much as shower-project.)

If he took pictures of us like we are in a sitting at JC Penney it would be bad for his career–because it’s outside his specialty. It’s always a fine line between helping your cause or hurting your career when you try a wide range of things. Here are three questions to help you figure that out.

1. Do you have a specialty?

But eventually, I had to start taking pictures myself. I hesitated, though, because I’m an expert writer, not an expert photographer. I told Melissa my pictures look dumb and she said I should just take a bazillion pictures and she’ll edit the ones that are good.

When the piano delivery truck came, I saw my son was using their trolley as a skateboard. I had him skate through this frame forty times til I got a good shot. 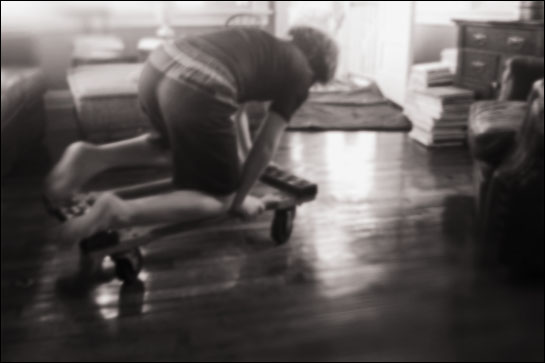 I found that the photos helped me write posts. When I like a picture, I am more excited to write the story. So much so that the only reason to tell you about the day our new piano came because I got this picture of how happy my son was. It means a lot to me when she says that. I’ve had an editor for the last twenty-five years. I never publish something unedited. So I’m keenly aware of the importance of a second eye.

Then when I got the pictures back from her I said, “Why are they in black and white? That’s so pretentious.”

“They’re good in black and white.”

“I’m a writer not a photographer. I can’t act like they are so precious.”

“Right. You’re a writer. So just trust me. The photos should be in black and white.”

I said fine. Because she’s right.

2. Are you addressing specific needs?

I have the same issues with my son playing piano. He practices an hour a day even though it is not his primary instrument. You know those kids who do ten different things after school each week and they will never be really good at any one thing? I worry he’ll be that.

I coach so many people who spent their 20s doing lots of things. It’s fine, really though, because everyone has to do lots of things to figure out what works. But at some point, you have to examine why you don’t find anything you love doing.

Common reasons why people get to their 30s without finding anything they love doing: They are scared to commit to something: they don’t care about money enough to get to work every day, they don’t trust themselves to choose what’s right.

It’s not good if you can’t choose what you want to do by the time you’re 30. Because for women, it’s time to have kids. It’s pretty much too late to start looking for a career in your 30s if you want to have kids in your 30s. I mean, who has ever worked 12 hour days to establish themselves in a career while they have a newborn, right?

But it’s a problem for men, too. Because people don’t like hiring dilettantes, which is what you look like if you have not found what you want to do by the time you’re 30. Luckily, you can hire a resume writer to fix your resume so you look like you are cross-trained with a specialty rather than a dilettante with no focus. In fact, most resumes that I rewrite fall under this category: someone ends up being unemployable because they have done too many different types of jobs and I have to fix the resume to look like they knew what they were doing all along.

The way I make sure my photography isn’t dilettantism is that I don’t take pictures for anything except my blog. (Side benefit: I write on my homeschool blog four times a week because otherwise I won’t have a visual record of my kid’s lives. It’s a great motivator for me to practice my specialty.)

3. Are you choosing new ways to learn?

The first thing my son played, before the movers even brought the bench, was a scale. 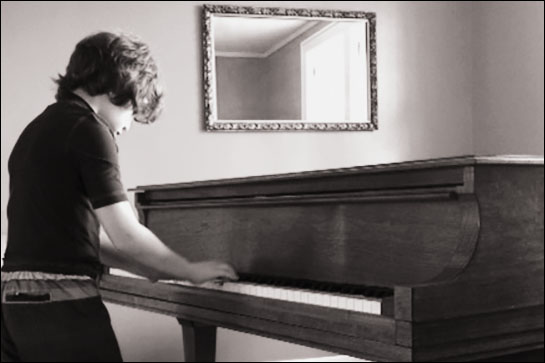 Because he’s focused on the parts of playing the piano that will help him with cello.

To me, he is the ultimate cross-trainer. He is good enough at piano that he was able to get a teacher who requires auditions, but he realizes that if he doesn’t focus hard on the instrument he’s best at, then he won’t have a chance to be great.

I meet adults who don’t understand this concept as well as my nine-year-old does. He knows the odds are completely against him that he will be a famous cellist. But he also knows that he’ll never have a chance at greatness if he doesn’t have clear focus. Playing piano, he knows, is a way to better understand the music he plays on his cello.

Cross-training is essential for greatness—it is a completely new way to approach the specialty you are learning. And, Noa Kageyama points out that if cross-training is a great way to alleviate anxiety about your specialty. But if you get far-afield and forget the purpose of the cross-training, you could end up in the time-wasting dilettante arena.

Ask yourself how you reacted to that paragraph. If it bothered you, if you said “people should be able to learn a wide range of things,” remember that greatness comes from a combination of hyper-focus and careful cross-training. If you are constantly learning in the same way, it’s like constantly lifting weights the same way: benefits start to diminish. But if you are aiming to be a faster runner and you get obsessed with your arms, you are losing the benefits of building whole-body strength to promote fast legs.

There’s an article in the New Yorker about Carl Haber, a physicist at Berkeley who started investigating how to listen to outdated, unplayable recordings, like Alexander Graham Bell’s. Colleagues in his lab thought he was nuts to be thinking about something so weird and unrelated to his specialty. But what’s interesting to me is that he was already at Berkeley, at the top of his field, so his investigating into reproducing sound was cross-training rather than dilettantism, and it got him a MacArthur grant.

I let my son test pianos and he picked a Steinway baby grand. At first I worried that I’m an insane person spending so much money on a piano but this picture is when I realized I got my money’s worth: The piano is like art in my house that stands as a metaphor for how much I believe in focus, and specializing, and cross-training with purpose. I’m happy I took a picture because I’m not sure I would have noticed that moment. 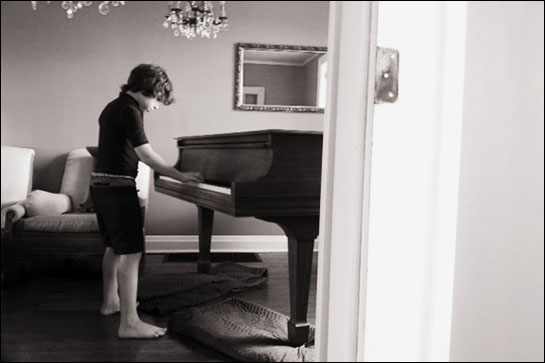