You don’t really know someone until you know their level of resilience. People can fake emotional stability, but when life brings challenges, resilience is what allows you to maintain a sense of well-being when you deal with the challenge. There are five key characteristics of maintaining your resilience.

1. Developing a strong locus of control.
This means that you feel that you can solve problems when they come your way. You have tools that reside in yourself and do not rely on external circumstances for efficacy.

People reveal themselves when they are in trouble. You don’t know how resilient you are until something bad happens. I remember when I was living in LA with my boyfriend and the Northridge earthquake hit. We woke up to our building moving like a ship in a storm.

When it stopped, we were covered with books, in a pitch dark apartment. Everything broken.

I remember my boyfriend just sitting there in bed. I said, “Get up. Here are your shoes. Get up. We’re going.” I had to tell him everything. We had this relationship where he was the older guy earning the money and I was the hot, flighty, professional volleyball player, and it turned out that in an emergency, I was the one who could  function at a high level.

We really don’t know ourselves at all until the stakes are high. That’s the silver lining of a crisis.

2. Maintain a sense of empathy.
Melissa and Steven have a shared Google doc, titled Breakup. Melissa wears her engagement ring on her right hand like an escrow account, and she tells him she’ll give the ring back when she gets all her stuff out of his house.

She calls me from the closet of his house. She shuts the door so he can’t hear.

“Whatever,” she says. She is not interested in my research.

So Melissa stops packing. Sits down in a chair she’ll be taking. It’s so much easier to be accommodating of someone’s every wish when you know you are exiting their life for good in just a few days.

Now Steven is picking the cabinets, and he’s colorblind, so Melissa has to pick the cabinets that will, presumably, go to the next girl who moves in and says yes to a Catholic wedding.

3. Develop strong social connections.
Melissa starts moving her stuff to a storage area while she looks for an apartment. She stays at the house of one of her friends who I like but will never write about because she would never want to be on the blog.

I respect it when someone doesn’t want to be on the blog. It’s just that that was not the deal with Steven. He knew he’d be on the blog like he knew that Melissa liked his dog better than she liked him. He saw both as challenges to overcome.

Steven drives to work one day and finds Melissa’s chair on the street. He calls her: “I think your chair fell out of your truck.” He puts it in the bushes at the side of the road for Melissa to pick up after work. See? He is nice. Nice for someone else. Just not for Melissa.

Melissa hangs out in her friend’s extra room, shopping on Craigslist. Having a friend to turn to is such a huge factor in someone’s resilience that the Journal of Social Medicine factors social connections into a patient’s overall health. Which means, of course, that you need to maintain close relationships when you are not in crisis. That’s a big part of a resilience—what you do outside of crisis.

4. Establish goals.
When Melissa was deciding to leave Steven, she sort of left and then couldn’t do it because she loves the house so much. She worked really hard on redecorating his house. When they finally break off the engagement, she immediately sets to redecorating a new apartment.

Not that she has one. That will come. But meanwhile, Melissa finds a sofa on Craigslist. She tells the person, “I’ll buy it. But can you deliver it to my storage unit? I just broke off my engagement and I don’t have anywhere to live.”

The seller gives Melissa $150 off. Camaraderie. 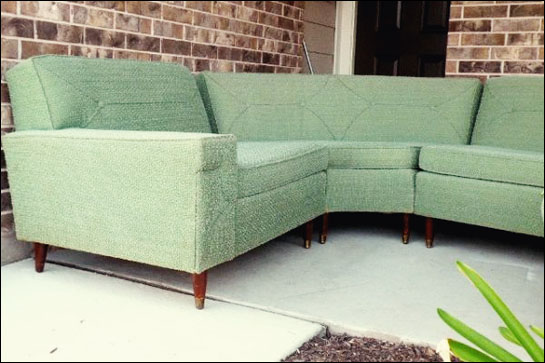 Cal Crow, director of the Center for Learning Connections, lists having goals as important in developing resilience. Moving past crisis requires you to stop looking at the past and look at the future.

5. See yourself as a survivor not a victim.
You can’t really feel that locus of control unless you feel power to take action. Which means you need to feel, almost immediately, that you have used your strength to survive something bad.

Luckily, people see breaking off an engagement as a triumphant act. Averting a close call. And research shows this is probably an accurate assessment: If you have doubts before your wedding you are much less likely to have a lasting marriage, according to researchers at UCLA.

This is true of people in general, but not people you work with. They don’t care that you broke off an engagement, they just want you to get your work done. I used to think that if I had a breakdown softly, in my cube, on the phone—with a friend who I had not cried to in a while so had a bunch of patience stored up for me—I used to think if I did that, then it’s not so bad to have a breakdown at work.

But you know what happens when lower your voice so you don’t bother your co-workers? They stop working so they can concentrate harder on listening. Because all whispers at work are scintillating. Which means that Melissa needs to keep going to work and acting like she is not a wreck.

Positive psychology maven, Martin Seligman, says that a component of resilience is pervasiveness—not allowing a setback in one area to affect another. This is maybe the academic explanation for why you should hold it together at work.

So when Melissa feels like crying at work, she pauses, takes a deep breath and buys something on Craigslist.

She buys a brass bed.

“It’s not good feng shui,” I tell her. “The brass is too high energy and there will no peace in your bed. And the headboard should be solid in order to provide stable, protective energy.”

I send her this link to bolster my argument.

“That’s okay,” she says, “I was thinking that I love my wedding dress so much, but I can’t imagine wearing it with the next guy, so I could drape it over my headboard like a feng shui fix.”

Success requires balancing being right with being nice 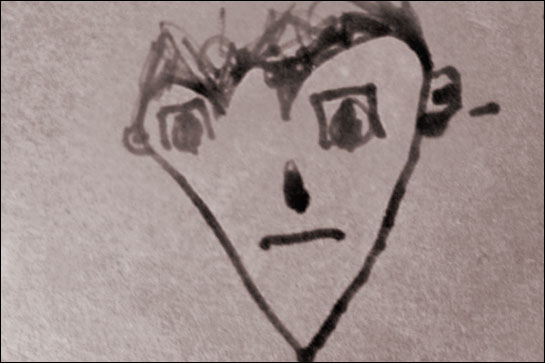 There are three career paths. One will fit you.
Scroll to top